by admin
1 week ago

A Maltese couple that fundraised thousands for the treatment of their cancer-stricken son have been found guilty of defrauding their own son as well as several others by wasting the donations on gambling.

Ryan Debattista, 31, and Nicole Bezzina, 27, admitted in Court that they used their son Kane to raise a significant amount of money. They also admitted to money laundering.

In total, the couple raised around €35,000 that was wasted on gambling.

Presiding over the case, Magistrate Donatella Frendo Dimech chastised the couple, saying they had taken advantage of society’s generosity and noble gestures.

“Instead of being appreciative, the accused went on to waste the funds to finance their gambling, ultimately only resulting in losses,” she said.

During the hearings, the couple noted that Puttinu Cares’ representatives had stated that the parents had taken care of their son properly and made sure that the best possible outcome was achieved.

At the time, the son was suffering from a tumour in his kidneys and liver and had to undergo four operations abroad to be treated.

The court warned the couple that they are now expected to exercise great caution in raising their child. The court went on to impose a supervision order on them.

Magistrate Frendo Dimech also noted that the father’s police conduct sheet was “tarnished and colourful” whereas the mother’s was untouched.

Furthermore, the court ordered the confiscation of a sum of €35,000 as well as the couple’s property. They were also banned from going anywhere near gambling or betting shops, as well as horse-racing events, and banned them from partaking in any online gambling.

The couple were also given a three-year treatment order to battle their gambling addiction.

In other news from the Courts: 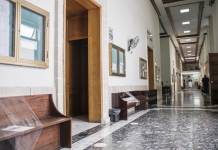 BE THE FIRST TO RECEIVE THE LATEST NEWS

Gambling
Secrets to Winning at Online Casinos
4 hours ago